Samsung has already launched its phablet and compared to all the Note series it's the first to feature an all-screen display making it look and feel different from its sibling which is the Galaxy S10 or Galaxy S10 Plus.

The Note 10 Plus has a noticeably larger display of 0.5 inches than Note 10. The Note 10 Plus comes with a few upgrades compared to its standard version by its Screen Size, Resolution, Battery Life, RAM, and Storage.
Quick Navigation
Samsung Galaxy Note 10, Galaxy Note 10+ price in India
Physical dimensions
Display
RAM and storage
Battery
Rear camera specifications
Conclusion

The Galaxy Note 10 and Galaxy Note 10+ sale offer consists of a  cashback worth Rs. 6,000 for customers having HDFC Bank credit and debit cards.

Online buyers holding ICICI Bank credit and debit cards can also benefit from a cashback of Rs. 6,000. Besides, the Galaxy Note 10 users are granted with YouTube Premium subscription for six months.

This made the display look more significant and precise with the help of a single circular lens punch hole in the display at the center!!

Anyone hasn't noticed this yet but Samsung has decided to launch two Galaxy Note phones at the same time. Here we are going to give you insights and hands-on experience on the Galaxy Note 10 and Galaxy Note 10 Plus.

The Note 10+ is perhaps very somewhat larger than the Note 9, making it a replacement for the older version which was Note 9. While the Note 10, is resembling its sibling which is the standard S10 in terms of footprint offering a smaller handset but with the convenience of an S Pen. That means it's more versatile, and if you wanted a smaller note there's one for you.

Both are Super AMOLED panels and both support HDR10+. Resolutions are different due to their size and dimensions. Galaxy Note 10 offers a resolution of  2280 x 1080  pixels, with 401 pixels per inch whereas Note 10+ produces a 3040 x 1440 pixel resolution, allowing  498 pixels per inch respectively.

The Samsung Galaxy Note 10 comes with 8GB of RAM and onboard storage of 256GB and it comes in only one model which does not include microSD support - something that might be a deal-breaker for some.

While the Note 10+ consists of 12GB RAM and is available in two different storage options such as 256GB and 512GB, both of which consist of microSD support up to 1TB. The Note 10+, therefore, places itself as the somewhat more robust handset, than the Note 10 variant by its RAM and storage differences. 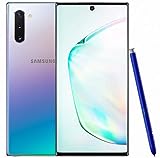 You may read this article: TOP 5 SMARTWATCHES TO BUY IN 2019

The Samsung Galaxy Note 10 holds a 3500mAh battery. While the Note 10+ comes with a 4300mAh battery. Heavy users will prefer to buy the larger device due to its battery capacity.

Some Galaxy S and the previous Note 9 user have reviewed that they struggle to use the device for the whole day due to its smaller battery capacity.

Both the Note 10 and Note 10+ offer and support 45W fast charging but the drawback is that it is sold separately for the handset. It also offers wireless charging or power share.

The Note 10+ also gives a fourth sensor which is the Time of Flight on the rear too, nevertheless which Samsung calls a Depth Vision Camera. It offers a VGA resolution and an aperture of f/2.4 - and should provide more extensive depth information capture. 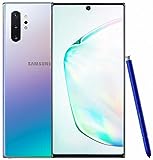 The S Pen stylus allows you to take notes, draw on the screen and more. If you’re more of a doodle person and want a phone with a stylus, this is one of the few devices currently obtainable, and the others are the previous Note handsets.

Enhancements to the S Pen for the Note 10 and the Note 10+ include gesture controls that enable you to control certain apps, such as the camera, video or gallery, by moving the S Pen in different directions.

It depends upon the usage if you're more of a video recording user or gaming or for daily robust use.

However, the Note 10+ is more pricey than the standard Note 10  and it is bigger than the Note 10 so everyone would not opt-out for it even though it provides more in specs and features and also due to its huge size and weight making it difficult to use in the outdoors.

For previous and existing Note users it won't matter much and would surely go for the Note 10+ because of the size and battery capacity as everyone has been expecting more battery size and heavy using.

If you’re looking for an easier-to-hold device then you should go for the Note 10 instead and it is also compact and also provides all the features that the Note 10+ has and saving almost INR 20000 which is also a huge amount.